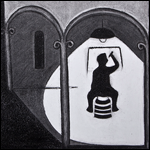 There are many hundreds of drawings which have been made throughout David Gilbert’s working life as sculptor. Until the 1980s they were more often related to the making of sculpture but from then, drawing began to develop a direction of its own. Many of these drawings were made in series where a theme was being explored. The earlier series were in a small format and usually drawn with charcoal. Later series were larger images and sometimes using other media, often combined with charcoal, such as chalk, pastels, emulsion and even, in recent years, the juice of sloes from the many blackthorn trees edging the Gilberts’ garden in the Lleyn Peninsula in North Wales. 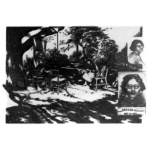 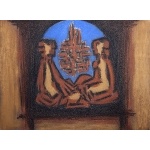 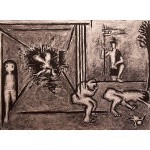 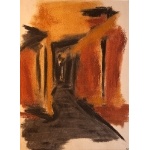 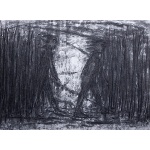 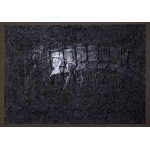 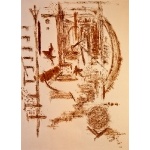 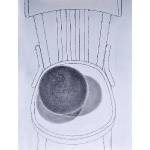